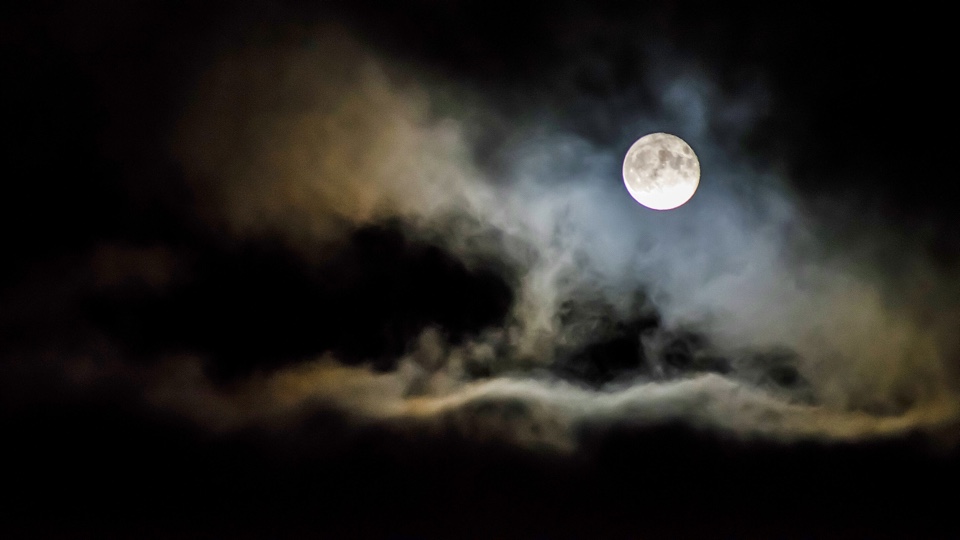 Finding Myself in the Cemetery

I, like many of us, do not like to be on the losing side of life and I like to know I have a healthy bank account. However, I have come to realize that there are many things in life that are far more important, and that being said, I want to share a story with you that has touched me deeply. When I heard it for the first time, it brought many thoughts to the surface and it changed my life.

There was a person driving alone at night during a heavy storm and the weather conditions were very bad; sometimes the visibility was so poor that it was hard to see the road and he knew it would take some time to reach his destination. There wasn't a person around for miles and it was a very lonely place. Then, to the driver's dismay, the engine failed! He could barely manage to pull over and find a safe place to stop. He checked the gas and there was still plenty in the tank so he knew there was something wrong with the engine that needed to be fixed. He reached for his phone to call the emergency services but to make matters worse there was no signal on his phone.

He waited to see if anyone else drove by on the road but after an hour without a sign of life he began to get impatient. It was getting cold and there was no way of heating the car and the man was at a loss to know what to do. Should he sit in the car and wait until dawn? He shuddered at the thought. It was still raining heavily but he had the urge to get out. Maybe he could see more then or flag down a passing motorist. He didn't like the idea of walking along the road alone but felt he didn't have much choice.

As first, looking far and wide, he saw no signs of life, but then as he took a closer look he thought he could see the faint outline of a house, a little up the hill. It was hard to be sure but he thought he saw a light and was tempted to head towards it. He looked at the car and was tempted to stay where he was, but his instinct told him to set off in the direction of the light.

After walking along the road for a while, he came upon a fence. So was this part of someone's land? Could it be that the fence belonged to the house with the light still so far away. Was there actually a house? If not, why was there a fence?

Around him it was very dark and he could hardly see anything. He felt along the fence and came to a gate that was slightly ajar. He felt afraid to carry on but the light seemed to be in that direction.He stumbled and came against a hard object. What was it? He reached for his mobile phone and fumbled in the dark to find the flashlight. In the beam of light he saw what was in front of him ... a gravestone.

He shivered as he realized he must be standing in a graveyard.

As he shined the light on the graves he saw names and ages engraved on the headstones. 3 years, 4 years, even 2 years.

He stumbled across more and more and he began to realize these were the graves of children. He was standing in a children's cemetery.

The traveler felt very disturbed and shaken as he edged his way back to the gate and tried to find another way to head towards the light. He kept walking and tried to shake off the creepy feeling from the graveyard. Further and further he went until at last, he reached a house. With a great feeling of relief he rang the doorbell.

He heard footsteps and then the door opened. He nearly fell to the floor in gratitude.

He explained his situation:

"I am sorry to trouble you, but my car has broken down in the bad weather and I have no signal on my phone. I have walked a long way in the rain to find help. I even had to walk through the children's' cemetery which was very distressing. Please could I use your telephone?"

The occupant looked concerned but puzzled.

"Yes, you are welcome to use the phone here, but what do you mean by a children's' cemetery?"

The man pointed to where he had come from.

"Yes, there is a cemetery, but it is not for children."

"Yes, yes, it is; on each grave stone the ages were all of few years."

"Ah, now I understand what you mean," said the homeowner, "no, this is not a children's' cemetery. Here, we have a custom not to engrave the date of birth and death, but to write the number of years lived happily."

The man looked uncomfortable. Immediately he reflected on his own life. "How many years have I lived happily?" he asked himself. "A few happy years, and then what? What number would be engraved on my headstone?"

He was so deep in thought, he almost forgot to follow the homeowner into the house to summon assistance. He had a sudden realization - something life-changing: whatever happened in his life and however long he lived - none of it would matter if the 'happiness years' on his gravestone were but few.

As soon as the traveler returned home safely, his first priority was to re-arrange his life, decide what his life purpose was, and to be sure he would achieve a high number of 'happiness years'.

So many of us question whether there is life after death, but what about life before death?

What number would be yours on your headstone?

My wish for us all is many 'happiness years'.

Previous post
The graveyard of children ... or of one's self?
Next post
I swear to avert harm from the people, so help me ... (someone) ...!