My Eye-Opening Trip to Israel 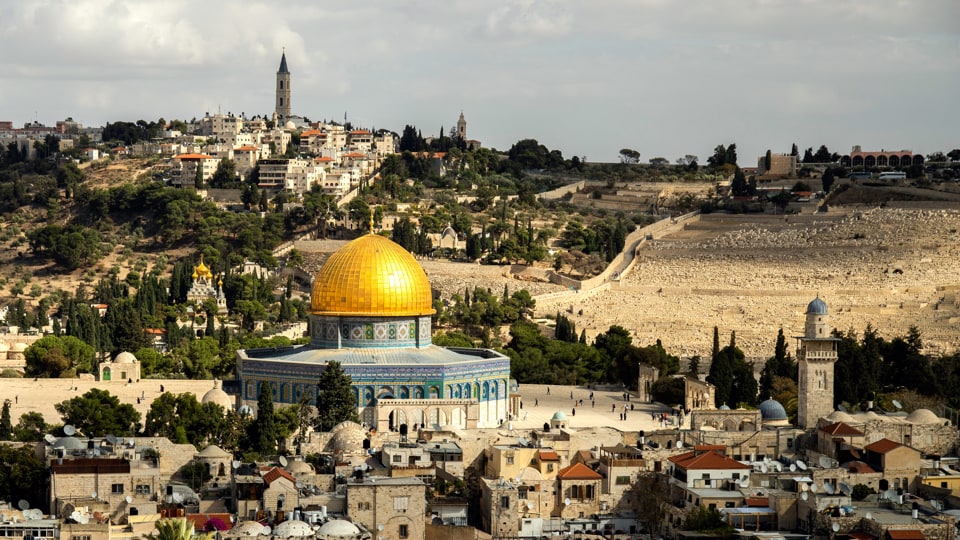 What are the first thoughts when you hear the names Israel or Palestine? If you are like most people, thanks to the news and media, you would think they are not safe places to travel to; places where terrorist activities take place, resulting in bombings and killings. But this is not an everyday reality of Israel and the State of Palestine – there is much more to be explored.

I am originally from America but now live in Switzerland with my husband Wolfgang Sonnenburg, who is originally from Germany. I remember the first time I was invited to go to Israel and the similar assumptions I had made. However, I am glad that I decided to make the trip, and that I experienced the country for myself. It was in the summer of 2017 that I stepped foot in Tel Aviv for the first time and not knowing what to expect. My first impressions were good. I cleared the airport and customs easily, and headed to my hotel.

During this stay, I travelled to Tel Aviv, Jerusalem and the Dead Sea. I visited tourist attractions and although I saw the wall I didn’t see both sides. I was joined by my husband Wolfgang who is the founder of the Winspiration Organization and a very passionate person who is hoping to help create justice for Israel. At that time, we met with interface organizations in Jerusalem and also made a visit to the Oasis of Peace. We were there to listen and to find out from the locals what was truly the story there; how they lived with the conflict and if there was a way that we could contribute to the peace initiative. We ended up leaving knowing that this was a big project but that somehow we would continue to search for how best to support it.

Almost two years later, whilst in Berlin, Wolfgang and I met Ina Darmstädter. Ina is from Germany and the founder of the Canaan 1325 Project. She is on a quest to end war, conflict and inequality for women in Israel, and is on a mission to bring down the barriers which separate Palestine and Israel, both politically and physically. The Canaan project wants to create a safe space for attending participants since opportunities for encounters between Israelis and Palestinians are shrinking in the face of the conflict. Hence, it endeavors to bring together female negotiation partners for a peace conference in Berlin. This is a group consisting of experienced women committed in taking international law and country-specific characteristics into account to create peace. 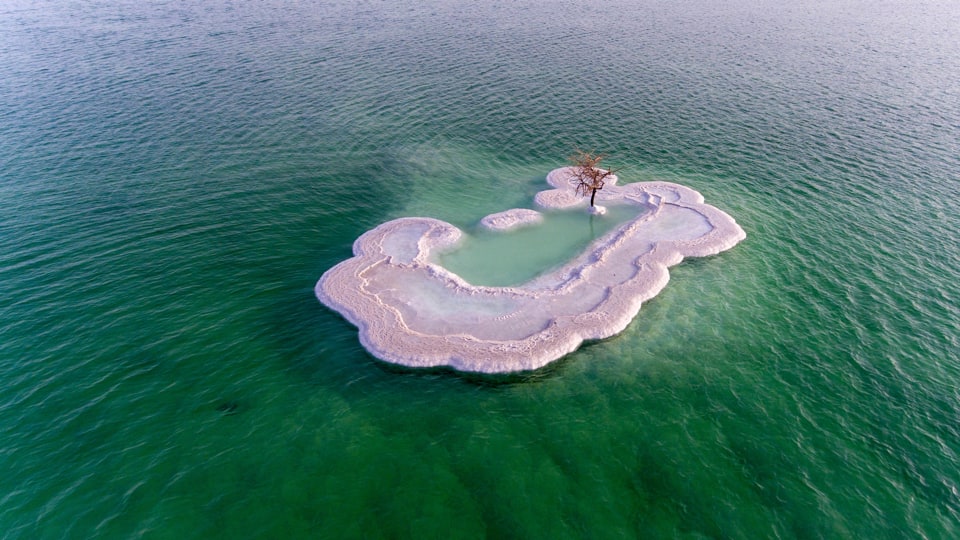 With Ina, we discussed the work she does in Israel, Palestine and Germany for Women’s Peace and Equality, and she mentioned a forthcoming trip to Bethlehem, Jerusalem and Tel Aviv in March 2019 to participate in projects, including the Women’s Walk, which was part of the same event. The walk was organized by Women’s Wage Peace, an Israeli grass-roots peace movement, formed shortly after the Gaza War in 2014. Its primary goal is to pressure the Israeli government into achieving a ‘bilaterally acceptable political agreement’ to end the Israeli-Palestinian conflict. (The walk turned out to be a great success and thousands of women and performers supported the cause from all around Israel, Germany, Switzerland and more). I found what she had to say fascinating and mentioned that I would love to be a part of it. Three weeks later I was off for another adventure in Israel. This time I went alone but with my husband’s encouragement.

I arrived in Tel Aviv on the afternoon of April 3rd and waited to meet Ina Darmstädter again. I was there so that I could share and experience events in Israel with her, both as an observer and as a friend. Once she arrived, we drove for about two hours to Bethlehem where we would spend the majority of our time.

The feeling I had when arriving in Bethlehem was one of curiosity. Growing up as a Catholic and knowing that this was the Holy Land and the birthplace of Jesus was something I felt blessed to be able to witness. However, I was also interested to know what was happening on this side of the world as we in our world hear so many reports about political conflicts here.

Upon entering the city I was greeted with a concrete wall of almost twenty-five feet in height, with watch towers and security cameras and surrounded by barbed wire. The wall is a huge tourist attraction and I can see why; it is covered in graffiti and many messages and drawings reflecting the political situation between Israel and Palestine. I had mixed feelings about the wall which separates Israel’s eastern border and the Palestinian-controlled West Bank, even though it is a fascinating sight. For me, it brings home the reality of what the people in Bethlehem and on that side of the wall are experiencing in everyday life. How would you feel if you were surrounded by a wall that kept you from seeing the world; always faced with the reminder of war, of killings and lack of freedom? To me, it was a heavy, dark feeling.

I spent four days and four nights in Bethlehem. Being there for the Women’s Peace movements and the Women’s Day walk, I was truly fascinated with the women’s groups that I encountered and the women who were a part of them. The stories I heard and the love that I felt these women have for their people and their home really touched me. There are some very strong women organizing peace and equality movements in Israel. The Wall has created separation between Israelis and Palestinians for far too long. Believe it or not, many women on both sides are working to create peace and stop this war, along with women’s organizations from all around the world. And these are just a few of the groups I met:

I also met individual women from the Palestine West Bank, Beit Sahour (a Palestinian town east of Bethlehem), Nablus (in the northern West Bank), Galilee, and Tel Aviv. (We met in Palestine as Israelis are able to come over to that side of the wall whereas Palestinians are not allowed to cross over). Hearing the stories from these women who have personally experienced wars and trauma and segregation from the Wall, but also seeing the good that is going on in the area despite the troubles, gave me a whole new perspective and respect for the people, both of Israel and Palestine.

In the past, I have opted not to get too involved in the political dramas of the world, but after visiting Bethlehem, I realize that we should not and cannot ignore situations of war and injustice around the world because it affects innocent lives. I have made a promise to myself that I will be more active and engaged in ways of helping around the world, particularly with the conflict going on in this country and to support women’s equality the best way that I can.

Regardless of what the media says and the stories you read in the news, Israel is a safe place and the people there are just people like you and me, who are friendly, have feelings, want to live a free life, and want and deserve justice. Learning the history of Bethlehem and stepping on the ground that is so sacred, I feel so blessed to have been there. I took many pictures so that I can share my experience with people who have not been there yet, with the hope that this will encourage every individual out there to make this visit on their own and experience this country, the people, and most importantly see with their own eyes what is going on. Together, if we all help just a little, we can create the change! 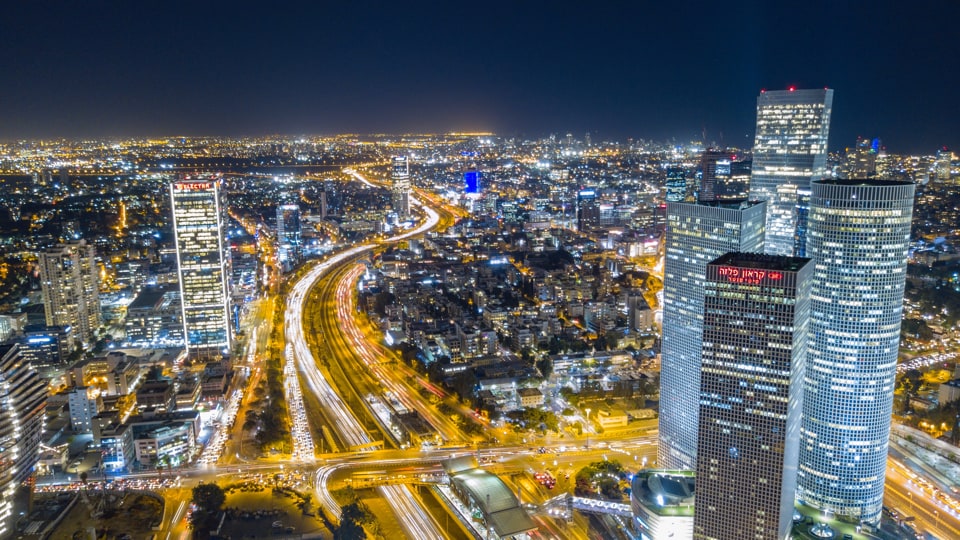 Winspiration Day is just around the corner, and we need to be reminded of what Winspiration stands for – now more than ever. For Winspiration Day May 7th, 2019 we have opted to do something different in getting our message out to the world, and we would love that you take a part in this and get as many people that you know to participate!

This year’s theme is Self Determination! We know everyone has a different idea and feeling of what this is, so we thought it would be fun to ask how you and indeed everyone around the globe would describe it, by capturing ideas with a picture or a video. Next, we invite you to write a description of what self-determination means to you and that you post both your description and picture on our Winspiration and Instagram pages and also to your personal pages using the hashtag #winspirationdayselfdetermination.

Let’s make the world a better place and remember: The Best is Yet to Come!